Fashion designer, Sai Suman, is a multi-award winning innovator who has earned over a decade’s trove of international acclaim. 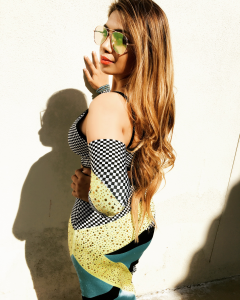 Sai Suman is well known in Hollywood circles and frequently photographed with the industry’s most elite, such as Cameron Diaz, Eva Longoria, Sharon Stone, and Big Bang Theory funny man, Johnny Galecki. She has designed for Michael Barker and Tom Bernard, co-founders of Sony Pictures Classics, Tichina Arnold and of course, the lovely actress, Katherine Kramer, whose gown Sai designed, which she wore to the 2017 Oscars and Natasha Blasick for Oscars 2018.

Sai is the youngest designer to create and combine fashion with technology and creativity, presenting Haute Couture with hi-tech designs in various international platforms. Sai’s coveted process has elevated her to the title of youngest Indian designer, alongside top, renowned designers from around the world. 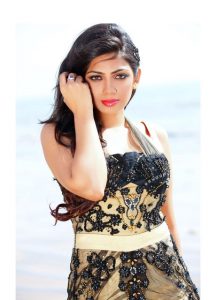 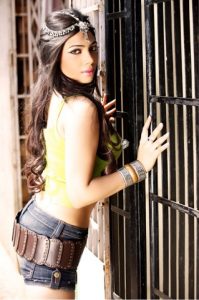 When did you first realize you wanted to pursue a career in fashion?

After changing my career direction from medical, I always wanted to do something creative. My love of dressing up seemed to be a constant for me. I also think after winning the Miss Teen contest in India and doing some modeling and acting projects, my interest toward fashion turned serious. I have always been fascinated with fashion and experimenting with colors.

How would you describe your designs?

My designs combine a blend of Western, fashion elements paired with traditional, exotic touches of Eastern handcraftsmanship. I like to experiment with unique fabrics, silhouettes and innovative style combinations.

What has been one of the golden moments of your career?

One of the greatest moments of my career was when I launched my designer label in Mercedes Benz Dubai Fashion Week. My collection was well-received and took off from there, followed by many international shows and political figures. It was a fashion event which, of course, shot like lighting across India’s national headlines and across the world.

If you had to choose three top celebrities to wear your designs, who would

Jennifer Lopez, Rihanna and Cardi B.

If you could spend a day with any fashion designer, “living” or not, who would that be?

What is your creative fashion process?

My process starts from the imagination and then into literal, wearable art.

What did you do after completing your fashion studies?

I chose to start my own manufacturing and export company instead of opting for an internship under a big fashion house, which could have taken years. I knew that getting into manufacturing would give me the necessary experience faster, than working under a senior designer. So, I took the risk.

What was the first design under your own designer label?

I started off by designing for wedding couples, custom- made orders and then designer beach sarongs and couture wear for other brands in Dubai, Bahrain and the U.K. It was one, bulk orders and no looking back then. It was an incredible confidence booster!

You’ve received many awards for your work. Which is the most memorable one?

I was awarded by Dubai, his Highness, last year with an honorary doctorate degree.