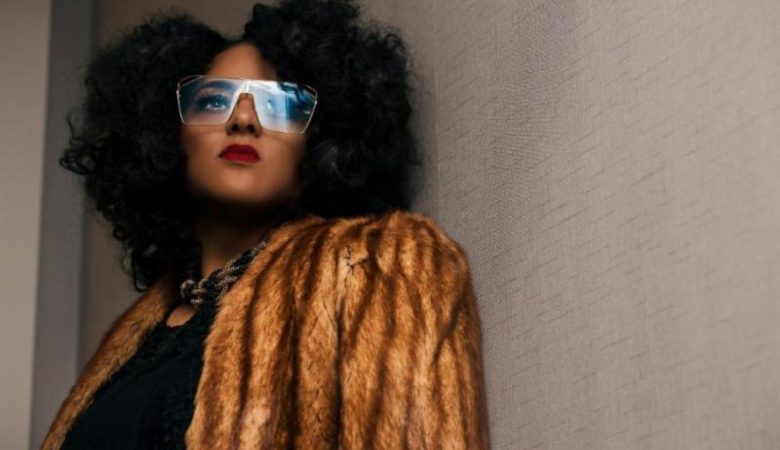 During GRAMMY® Week, the GRAMMY Museum welcomed GRAMMY nominated R&B soul singer, songwriter, and pianist Marsha Ambrosius to the Clive Davis Theater for a special installment of the Backstage Pass series for students.

Hailing from Liverpool, England, Ambrosius, the multi-talented artist enjoyed a Q & A session with a sold-out room of students eager to soak up knowledge from a seasoned veteran and hitmaker. Ambrosius is responsible for co-writing Michael Jackson’s hit single, “Butterflies” off the King of Pop’s Invincible album is truly one of the most respected artists in the music industry.

Students participating in the Grammy Museum’s music education program called Backstage Pass received a special surprise when Ambrosius stopped by during the workshop. She is very passionate about enriching the lives of students through music education.

The Backstage Pass is a career exploration program that gives a firsthand look at what it takes to get a job in the music industry. Watch students interact and learn about Marsha Ambrosius’ songwriting process and music journey. 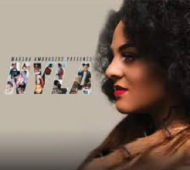 She named the album after her daughter, Nyla. In the last 4 years, she met her husband, married, and gave birth to Nyla. “Bringing a daughter into the world just added to the size of my heart and music,” she said. “Playing the piano and writing just aren’t one-dimensional anymore. I channeled something completely foreign to me. It’s real love. I let go, fell in love and became a wife and mother.”

In NYLA, Ambrosius generously invites us into these moments. Her new collection lives and breathes her boldest body of work to date! “But, being creative can be a lonely, cold road. I just didn’t feel like myself. Poems and melodies saved my sanity. I experienced things through Nyla’s eyes. You want to be comfortable, hold your loved ones tight, cry, sing and pray.”

NYLA offers stark vocals that build toward rapturous refrain, punctuated by fiery falsettos, from the swaggering strut of I Got It Bad to How High, which perfectly capture those Marsha Moments.“I’m vulnerable when it’s just me and the piano. I’m trying to bring feeling back. Nothing contrived,” she concludes. “I’m trying to create music that people can feel again. I felt this. I’m sharing it now.”

It’s impossible not to feel her music. NYLA is a tense, fluid, golden collection that must be heard! To learn more about the GRAMMY Museum offerings, visit www.grammymuseum.org/