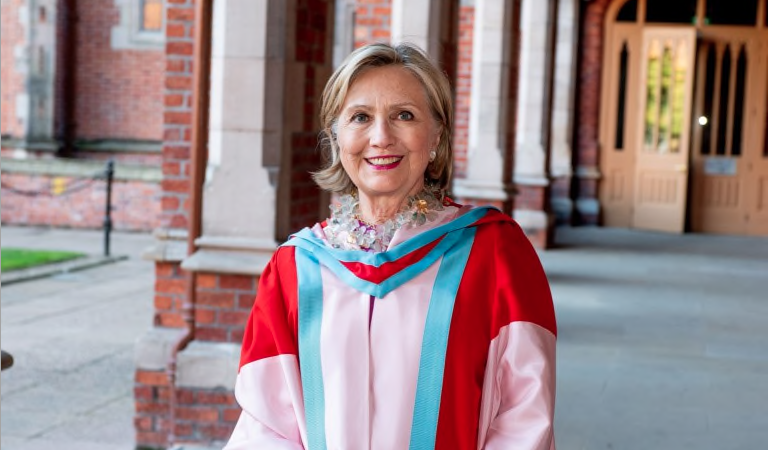 Accepting the position, Secretary Clinton, said:  “It is a great privilege to become the Chancellor of Queen’s University, a place I have great fondness for and have grown a strong relationship with over the years.  The University is making waves internationally for its research and impact and I am proud to be an ambassador and help grow its reputation for excellence.”

Hillary Rodham Clinton is an internationally recognized public servant with almost five decades in public service as an advocate, attorney, first lady, senator and secretary of state.  She has developed strong links with Queen’s University and Northern Ireland.  As secretary of state, she focused on economic development to underpin the emergence of a strong and competitive Northern Ireland and, during her time as first lady, made a considerable contribution to the Northern Ireland Peace Process.  With her long-standing commitment to peace, stability and economic regeneration, she is a strong advocate for Northern Ireland and an inspirational role model for the Queen’s community.

The Chancellor fulfills three main roles – a ceremonial one which involves presiding at degree congregations; an ambassadorial role, where the office holder helps to “open doors” for the University as it seeks to fulfill its mission; and finally as an advisor, available to the Vice-Chancellor and senior management as a “sounding board” and to provide counsel and guidance.