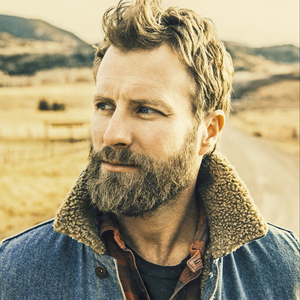 The Cosmopolitan of Las Vegas announced today that current three-time CMA nominee Dierks Bentley will bring his BURNING MAN TOUR to The Chelsea for one weekend only on Feb. 14 and 15, 2020. Known for his genuine performance and full-throttle production, the seasoned-entertainer will deliver his authentic set during two back-to-back nights with special guest Caylee Hammack.

Pegged as “one of Country music’s most enviable brands, equal parts affability and authenticity” (Forbes), Bentley continues to be a dominant voice for the genre with over 6.4 billion overall digital streams. Reaching a new creative high while “making music designed to challenge” (New York Times), Bentley co-wrote 10 of 13 tracks on THE MOUNTAIN, which earned him the highest debut sales of his career and became his seventh chart-topping album. Bentley has amassed countless nominations from the ACMs, CMAs, Billboard Music Awards, and GRAMMYs while being currently nominated for CMA “Male Vocalist of the Year,” “Single of the Year” and “Music Video of the Year.” He has created professional endeavors outside of the music industry by not only creating his Desert Sun lifestyle collection but also four “Dierks Bentley’s Whiskey Row” locations across the country as well. For more information visit www.dierks.com.

Caylee Hammack constantly felt like a self-described “hippie in a hillbilly town” in her tiny hometown of Ellaville, Georgia. Hammack is indeed refreshingly different. And at only 25, she has already packed a full life into just a few years, using fake IDs to get gigs around South Georgia, turning down a college scholarship for a love that burned out, sleeping in her car when she arrived in Nashville and then losing her home in an electrical fire. Her self-penned songs tug on her own life story – bad decisions, broken hearts, a quirky family lineage.

About The Cosmopolitan of Las Vegas

The Cosmopolitan of Las Vegas is a unique luxury resort and casino that offers a decidedly different perspective. Located in the heart of the Las Vegas Strip, The Cosmopolitan’s distinct vertical multi-tower design features more than 3,000 guestrooms with residential living spaces, private terraces and breathtaking views of the city skyline. Luxury amenities include a premier lineup of world-class culinary experiences; an intriguing mix of bars, nightclubs and entertainment venues; 100,000-square-foot-casino; award-winning spa, salon and fitness center; unrivaled pool district and an eclectic line-up of hand-selected boutiques. For more information visit: www.cosmopolitanlasvegas.com and follow us on Instagram, Twitter and Facebook.