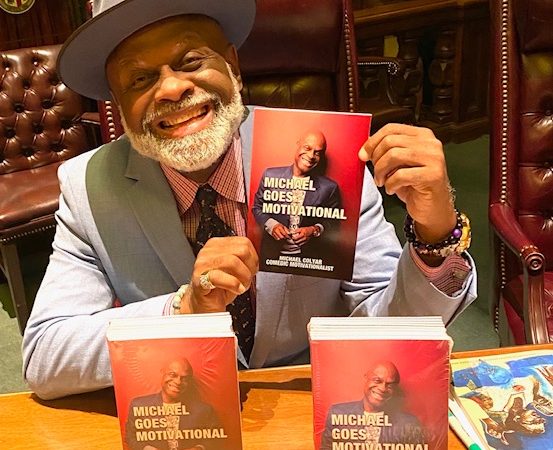 The love of reading is a universal passion and iconic comedian and author  has been a big advocate on the importance of reading, since a child.

In honor of National Reading Month, celebrated in March, the legendary actor, author and lifelong literacy advocate celebrates the month-long celebration of reading through motivating and inspiring the masses.

Michael recently released his third book, ‘Michael Goes Motivational,’ a hilarious, yet motivational masterpiece, laced with wisdom that motivates and inspires anyone who reads it – indeed a ‘must-read.’

“Reading is fun and has many benefits, regardless of your age. It’s a key component of education and professional development. Reading also has immediate and long-lasting health benefits like increased cognitive function, memory, vocabulary, empathy and decreased levels of stress,” stated Michael.

When asked why is reading important, Michael stated, “Reading is essential for those who seek to rise above the ordinary.. I enjoy reading books to learn, grow, and feed my curiosities.”

Over a span of 20-plus years, Michael has built his television and film career working with such luminaries as the late John Singleton and Bernie Mac. He is also known for his work with Eddie Murphy, Martin Lawrence, Cedric The Entertainer, Oprah Winfrey and many more.

Michael Colyar is the author of three books: A Funny Thing Happened On the Way to the White House, Miss Innocent Goes to Kool Skool and Other Silly Stuff and Michael Goes Motivational.

For information about Michael Colyar and to purchase his books visit, therealmichaelcolyar.com