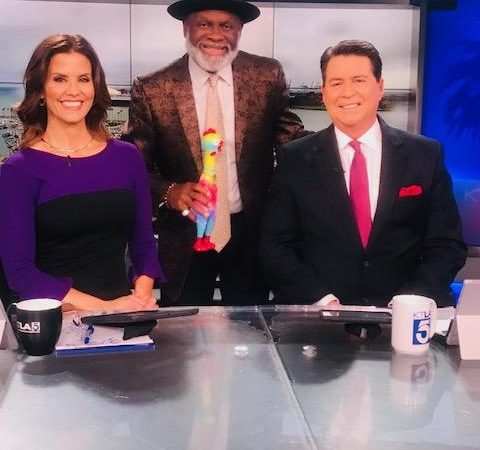 The iconic funnyman, actor and author Michael Colyar stops by KTLA 5 to talk about his new book, Michael Goes Motivational, upcoming summer comedy special on Venice Beach and longevity in the entertainment industry.

Over a span of 33-plus years, Michael has built his television and film career working with such luminaries as the late John Singleton and Bernie Mac. He is also known for his work with Eddie Murphy, Martin Lawrence, Cedric The Entertainer, Oprah Winfrey and many more.

Michael Colyar is the author of three books: A Funny Thing Happened On the Way to the White House, Miss Innocent Goes to Kool Skool and Other Silly Stuff and Michael Goes Motivational.

Michael plans to do his comedy special on Venice Beach this summer where he gained legendary status as “The King of Venice Beach.”