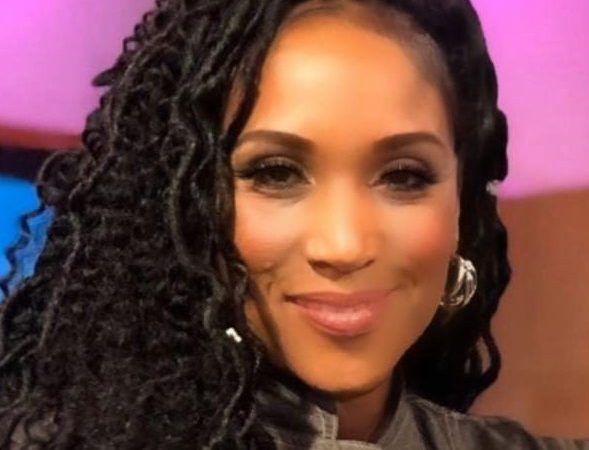 When it comes to cooking Creole and Cajun cuisine, Sandra Batiste is shaking up the culinary world.

The celebrity chef, born and raised in the San Francisco Bay area who previously exhibited her superb culinary skills with her partner, Chef Che Gravy Gaines of the “San Che Remix,” put a twist on every dish that they create.

Along with her cooking partner, Che, Batiste is launching her new restaurant the Bayou Scratch Kitchen at the Gramercy in Las Vegas in May, and she couldn’t be more excited.

“The Bayou Scratch Kitchen is a mixture of Cajun and Caribbean cooking with a San Francisco influence and a bit of southern flair,” she said. “Everything about our food is delicious, colorful, and bright. I always try to put my signature on every dish that I create and I think anyone who eats our cuisine will be placed in a food coma–like a trance,” she laughed.

Batiste feels that Las Vegas is the perfect city to launch her restaurant. “It’s a fast paced city and I just love it,” she nodded. “There are so many new things going on in Vegas.”

On Sundays, diners will be treated to a delicious Mardi Gras-themed brunch complete with beignets, chicken and waffles, souffle omelettes, shrimp and grits and an alligator that’s flown in weekly from the swamps of Louisiana and will be smoked to perfection.

“I put my signature on every dish I prepare,” said Batiste. As part of the SanChe Remix both myself and Chef Che put our spin on everything we create. For example, instead of crab cakes, we do lobster cakes. Just another version of how we can put the remix only any dish.

“At a recent Mexican-themed event in Beverly Hills, we made popsicles and added candied jalapenos with mango and cactus. We also made grilled pineapple on a plank infused with tequila and brown sugar. It was definitely a crowd pleaser!

Creativity with food is definitely Chef Sandra’s strong point. “We can go from cooking a southern dish to turning out Michelin five star cuisine and that’s what makes us special,” she said.

Inspired by her grandparents, Chef Sandra’s DNA for cooking was planted early.

The granddaughter of Creole and Cajun grandparents, her grandfather Henry Gray from her mother’s side of the family was known for cooking his delicious meals on the Bayou’s riverboats as well as on Bourbon Street in Louisiana.

Her Texan grandmother, Eunie Mae “Faye” Gray, was known for her apple, lemon meringue and sweet potato pies. “I never saw her make anything out of a box,” Batiste recalls. “In the back of my mind, I always had the philosophy to create everything from scratch which is also about making my dishes with love.”

Batiste was always warmed by the camaraderie that emanated from cooking Creole and Cajun food as well as other ethnic influences and sharing it with others. “I grew up surrounded by a melting pot living in San Francisco. So I learned early-on how to prepare Mexican, Asian, Indian, Philippiino, and European cultural dishes such as Italian and French cuisine. So we always had gatherings at the house and people really enjoyed every bit of our food,” she recalls.

Batiste started a catering business, Bonabatiste Taste Couture, in the Bay Area in 2007 that became an instant hit. As the company began to grow the dished out their tasty cuisine at Coachella and Rolling Loud festivals as well as at VIP events throughout Beverly Hills and the West Coast.

Along the way, she participated in beauty pageants, for titles in the Miss Black California, Miss USA pageants and wearing the crown as Miss Oakland. “I was proud to represent Oakland and it was an amazing experience,” she said.

Operating her catering business part time, Chef Sandra left the Bay area and moved to Los Angeles in 1996 where she spent 10 years working in artist management for various record labels in the entertainment industry.

But cooking food always called her.

“I decided to go to The International Culinary School at the Art Institute in Las Vegas in 2012 to  2014 where I completed their culinary program.”

Since then, Batiste’s superb cooking skills have been featured in Eater, Variety and the Hollywood Reporter magazine as well as on various television networks CBS, TV1, and NBC.