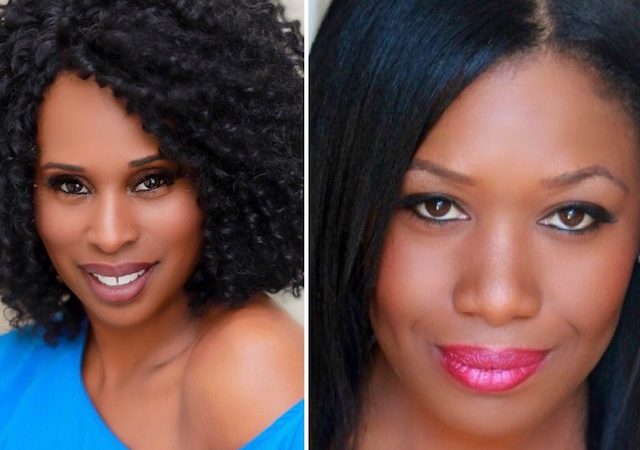 Malika Blessing and Tiffany Rebecca Royale are two of the most creative thespians in Hollywood taking control behind the scenes.

The Grambling State University graduates met in college while theater majors and after both receiving their master’s degree took a bold step and moved to Los Angeles and it was ON!

During their college years, the talented duo won numerous roles together at theater competitions across the state and still today after years later, Malika and Tiffany have remained “besties.” 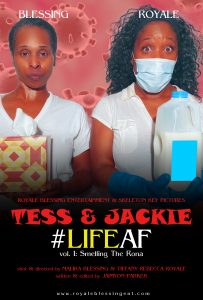 When asked about the power of promises, they recall during their college years taking a trip to Hollywood and visiting the Chinese Theater and saying, “once we graduate from grad school, we promised each other to come back to Hollywood and pursue our dreams as actresses,” stated Blessing.

And, indeed the two kept their promise and more! Blessing and Royale, started And Action Production with three other ladies producing notable plays, acting workshops and films and netted an award for their short film, “The Leading Man.”

Life took over and Malika and Tiffany went their separate ways from the other three ladies and dissolved the company.
Inspired by respected female producers who started their own companies like Ava DuVernay, Queen Latifah, Issa Rae and Shonda Rhimes, they decided to launch Royale Blessing Entertainment, a production company in May 2020, co-headed by Blessing and Royale and it’s been onward ever since.

“Tiffany and I have always wanted to create a production company, says Blessing. “We enjoy developing projects that celebrate many different voices and points of view,” she says.
“We didn’t start our production company to only create more opportunities for ourselves but also celebrate artists that we don’t get to hear from. “We want to continue to develop and create good quality content,” adds Royale.

When asked about their lasting friendship, Blessings says, “We have always respected one another’s body of work.” She adds, “When Tiffany and I would go after the same roles in the school plays…one time I wanted a role so bad and they gave it to Tiffany. I had no choice but to respect her work as an actress. Eventually, the director would then design the cast, so she and I could both lead roles but with different cast members versus having us go after the same role.”

Royale chimes in, “I agree with Malika. We’ve always respected each other’s work, I respect her input and advice. She is my true bestie.”

Blessing and Royale credits Issa Rae’s hit web show: The Misadventures of Ackward Black Girl as the inspiration that led them to debut their popular episode from the series, “Tess and Jackie #LifeAF,” written and created by Jaimyon Parker,  The collaborative project was produced by Royale Blessing Entertainment and Skeleton Key Pictures.  Blessing and Royale starred and shot the hilarious episode on a iPhone.

Tess and Jackie played by actresses Tiffany Rebecca Royale and Malika Blessing set out to live their best life possible, the only problem is…Life is getting in the way!!! Click here to watch Tess and Jackie episode

Royale Blessing Entertainment has been featured in various industry publications for creating entertaining and engaging content.