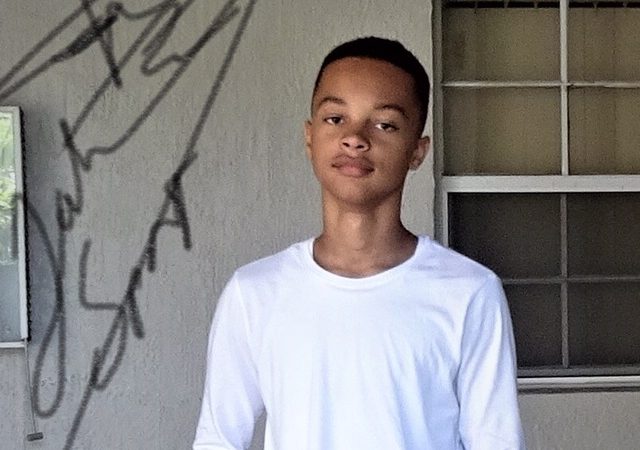 Get to know this name. Ever since Jamahl (pronounced Jah-Mall) Azir Hanna landed roles in the films Switcheroo, Espionage and documentary BKS BTS: Props and Projects, his career has continued to rise.

From acting in films to singing and dancing in musicals and writing songs, there’s no facet of the industry he cannot conquer.

Born in San Diego, Jamahl Azir Hanna is one of the rising young stars who will one day rule in Hollywood.

The 14-year-old multi-faceted and gifted actor started his acting career when he was seven years old performing in local school plays and community theater groups.

Once on stage, he caught the ‘acting bug’ and there was no looking back. Both of his parents come from the entertainment business and knew early on that Jamahl was special and destined to be a star. “I’ve always been around entertainers most of my life,” Jamahl says.  His father, Jamahl K. Hanna aka Light, a member of the underground hip-hop group “Bush Babies,” always instilled in him a strong work ethic. He credits his mother, Zenobia Williams, a former model with keeping him focused and to strive for excellence in everything that he does.

During the pandemic, he participates in virtual acting classes at the prestigious acting studio which has received many accomplishments including being voted the Best Kept Secret, Best Dance Studio, Best After School Program, and Best Kids Theater Program.

He considers himself to be a life-long learner and also attends Full Sail University virtual classes known for its strong creative thinking and education values which stresses the importance of hands-on experience.

On top of his budding career, Jamahl has a knack for directing. In his spare time, he enjoys creating short stop motion films featuring action figures.

When asked about his mentors, he is quick to say, “my parents and grandparents are my biggest influences in my life.” “They support my decisions and help me to achieve the goals I’ve set for myself, especially a career, as an actor.”

“I have to also say, my two favorite all time actors that I would love to work with one day are Dwayne “Rock” Johnson and Samuel L. Jackson (he smiles).” And, then he nods and says, “yes, one day.”

As a young philanthropist, he is always discovering fun ways to make it ‘cool to care.’ During the pandemic, he calls his friends and make them laugh. He tells them, “not to let what you cannot do get in the way of what you can do.”

He is indeed a young man destined to change the world!