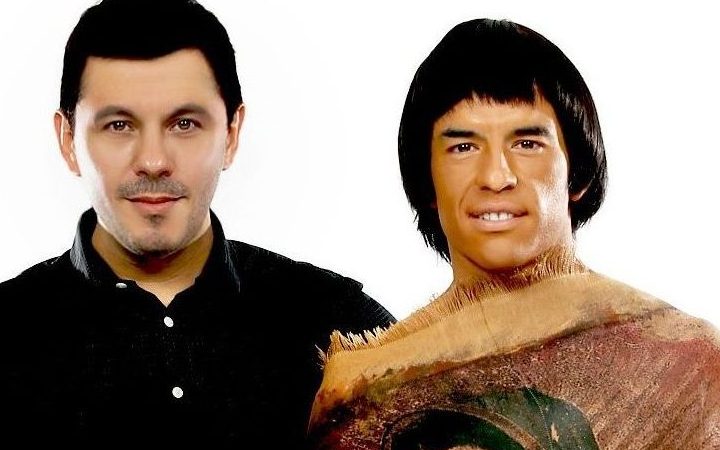 In Spring 2018, Robert Hymers, founder of Pinnacle Entertainment LLC, and the acclaimed writer and director, Pedro Brenner met to discuss financing for a couple of different projects. In that meeting, Brenner introduced Hymers to the inspirational, modern, and miraculous story of the Lady of Guadalupe. In that moment, Hymers knew he found a winning combination. Later in 2019 Pinnacle greenlit the project.

Robert Hymers says, “Our company knew we had something really special. We are truly excited to executive produce this amazing and inspiring film.”

Pinnacle’s content and social focus addresses the rise of today’s “conscious consumer,” representing billions of consumers who are compelled to make impactful content a priority focus.

Based on true events, Lady of Guadalupe (written by Pedro Brenner and Seann Dougherty) is a moving, religious discovery juxtaposing folklore and present day. Historically significant recreations are used to illustrate the origin of her prevalent and powerful symbolism of Mexican identity and faith.

When a young and ambitious reporter (Guillermo Iván) is assigned an article on faith, he finds himself enmeshed in the legend of Juan Diego and the Lady of Guadalupe. Skeptical of miracles and the importance of modern-day Christianity, the reporter’s investigation takes him from cynic to true believer as his personal limits are tested.

Brenner shares, “When I think of the story of Our Lady of Guadalupe, I unquestionably think about Juan Diego, a humble native man who, with nothing more than his devout faith, offered a legacy of hope to millions and united the nation of what is now Mexico. But, the simple story of this simple man also contains a deeper moral message from a world in chaos at the end of an era of great change.”

He adds, “Juan Diego lives in a war-torn zone ruled by barbaric Europeans, the “conquistadores” of the “New World.” Diseases that arrived with the conquerors ran rampant, disseminating what was left of the crippled native civilization. Despite the hardships, difficulty, and loss, Juan Diego maintained his hope in a better and peaceful tomorrow.”

“Five centuries have passed since Juan Diego roamed around the Tepeyac. Empires have come and gone, but the legacy of hope created through the miracle story of the Lady of Guadalupe remains the defining force of the Latin culture to this day,” says Brenner

When asked if the movie is a cultural journey, Brenner says, “The movie is a journey into the cultural amalgamation of what we call ‘Latin heritage’ through two timelines – the distant past and present. By combining the experience of the past, with the present, it makes what was old, new and relevant again thus offering a guide to better understand what it means to be Latino in modern day.”

The film has created a buzz globally for its inspirational and moving storyline.

Lady of Guadalupe is set to release in 2021 on video-on demand April 6 with a DVD release April 13 in English and Spanish.