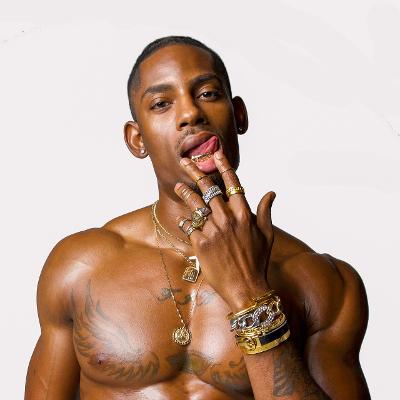 David Price known professionally as KVNG DAVID is regarded as one of the most skillful and talented new rappers in the hip-hop game!

His latest album, “Fornication Under Consent of the KVNG,” recently landed number 10 on iTunes hip-hop charts. The album also made it’s historic debut charting at number 64 in all-genres.

This third time around, KVNG DAVID taps deep into the club genre.

Pushing the envelope on human sexuality via raw, brash and unfiltered lyricism, his latest album invites your carnal imagination to run wild.

“I wanted to create a sound that “actually feels like sex,” says the the artist. And, boy, did he accomplish just that!

From start to finish, a journey of exhibition, KVNG DAVID strikes gold through lyrical assertions of sexual dominance. His ambitious album to date is the true personification of all things, “ALPHA.”

“I felt like there was this gap in music, where men can demand money for their time, men can recite bars about how good their sex is just like women can. We deserve the space to be just as vocal about sex and have just as much ownership of our sexuality.”

KVNG DAVID delivers an experience worthy of both a night on the town or a night in the bedroom.

His 15-track album, now available on all digital streaming platforms is a brilliant, bold, hip-hop move and a ‘must-have,’ on your playlist.

The handsome 6’1 Philly native, now living in Atlanta is also known for his exceptional culinary skills. You can also catch him on the popular “Bish Let’s Dish” Show with social media superstar TS Madison serving up tasty dishes on social media platforms (Instagram, FB and YouTube).

Stay tuned to All Things KVNG DAVID by following him @kvngdavidsworld
Click link below to check out Fornication Under Consent of the Kvng by KVNG DAVID
http://itunes.apple.com/album/id1577934571?ls=1&app=itunes