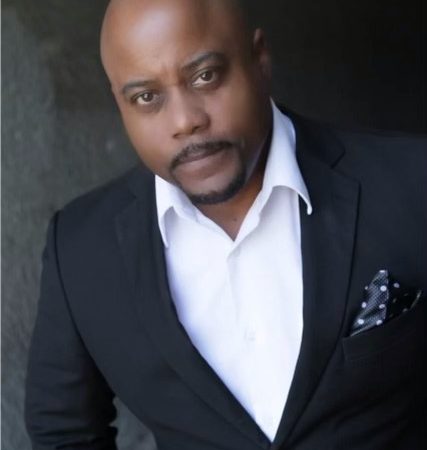 Danny De Lloyd has established himself as a local favorite in television, film and theatre. His electric performances are memorable and undeniable.

De Lloyd is nominated as “Best Actor” by the prestigious Hollywood HAPAwards for his role as Willie in the hit stage play, Willie and Esther written by James Bronson and directed by Tiffany Rebecca Royale.

Willie and Esther is also nominated in the best stage play category produced by Pamela GoodLow-Green.

The HAPAwards will be held this Sunday, October 24 at The Orpheum Theatre in Los Angeles.

Danny De Lloyd, a native Californian is a recipient of an NAACP Award for ‘Best Supporting Actor.’ He recently wrapped filming For the Love Of Money with Katt Williams and Prince of Detroit with Columbus Short.

He is known in ‘tinsel-town’ for his tremendous talent, contagious affable personality and humility. With several film and stage credits to his name, Danny is quick to say, “Your talent will always make room for you, and never lose sight of your goals.”