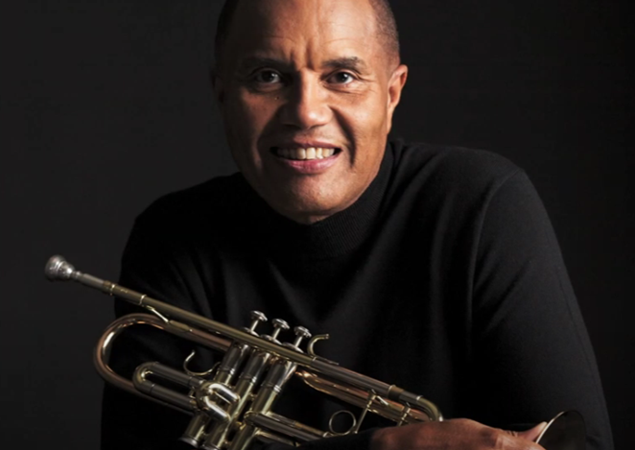 Legendary musician and songwriter, Johnny Britt releases new video to single, Is It Cool? feat. Josh Britt.
The highly anticipated single from the legendary trumpeter and singer is already receiving rave reviews from music lovers, everywhere!
Is It Cool? feat. Josh Britt recently was selected as the ‘Pick of The Week’ on Smooth Jazz Network. You can click here and let them know you LOVE the song!
Talking about the new song, Britt says Is It Cool? is a fresh and smooth track that I hope everyone enjoys.” He adds, “The song includes my son, Josh on piano who is a recent graduate of The Berklee College of Music. Now, how cool is that?”
Is It Cool? was originally written while on tour by Britt with Maxwell and the song was first recorded by Boney James with the title Deep Time.
With Britt’s 2022 version of the song, he chose to use the original title Is It Cool? The ‘feel-good’ song written by Johnny Britt, Boney James and Freddie Washington with the Boney James melody played by Britt on Flugelhorn and the stellar vocals and melody by Johnny Britt, is definitely the romantic song of the year!
Britt has also written 3 number One Billboard Contemporary Jazz hit singles for Boney James as well as countless others.
Britt receives nominations for the 2022 Indie Soul Awards in the following categories: MoJazzin – Smooth Jazz Album of the Year and Let’s Get Down Tonight – Jazz Vocal Single of the Year. You can listen to the awards ceremony, Friday, February 25th from 2 – 5 pm EST, airing on
The Groove 247.
The award winning urban-jazz singer and trumpet virtuoso sings lead and background vocals and plays flugelhorn on this track.
Johnny Britt is the founder of the celebrated Motown/MoJazz group, Impromp2. With 3 hit singles in 2021, MoJazzin‘ feat. Norman Brown (#1 Mediabase), The Way I Feel feat. Marion Meadows. The latest hit single, Love’s Callin has acquired over 2.2 million radio listeners this week, according to the Digital Radio Tracker National airplay chart.
With a global career that spans over 30 years, Johnny Britt is one of the most versatile and celebrated talents of our time.
He also hosts the popular weekly radio show called, The Turntable Radio Show with Johnny Britt on Solar Radio airing nationwide on Sundays from 4 pm to 6 pm (PST). The show features award winning artists such as George Benson, Peabo Bryson, Najee, Will Downing and many more. Listen live at www.solarradio.com
Click and Watch “Is It Cool?” video here
Click here to download single, “Is It Cool?” from Johnny Britt feat. Josh Britt
For all things Johnny Britt visit: www.JohnnyBritt.com
Follow him on social media @JohnnyBritt