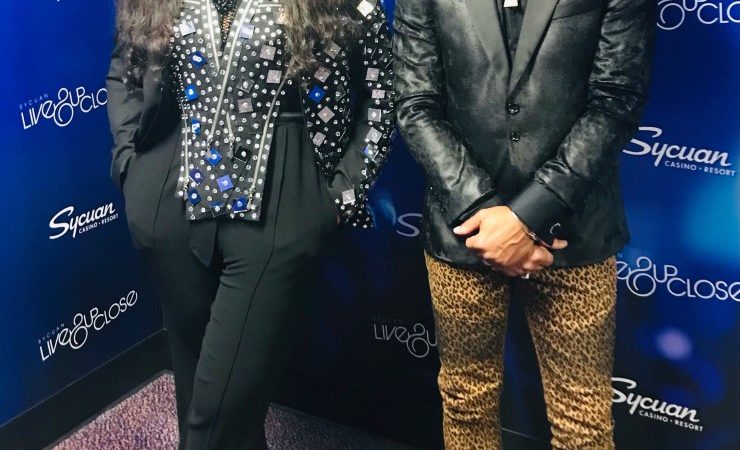 Cymone talked about Watley’s impact and influence on female artists such as Rihanna, Beyoncé, Selena and with future generations during a sit down interview backstage at her recent sold out 35th anniversary blockbuster self-titled album and birthday celebration at Sycuan Casino and Resort in San Diego.

Cymone says, “Her music and uncomparable style is pure and stands the test of time still today, 35 years later.”

When asked if he knew her debut album would reach its platinum status and beyond, Cymone responded, “Yes, I did. I knew we had something really special.”

His personal favorite from the Jody Watley song collection, which he produced is Still A Thrill. “I think this song will go down in history as one of the funk classic songs of all time. Jody came up with the lyrics and a vibe for the song and the rest is history,” says Cymone.

To the surprise of the audience, Watley introduced Cymone who joined her for the first time onstage in celebration of her 35th Anniversary Solo Debut Concert. In the show, Watley said, “It’s an historical night.”

Cymone was an early collaborator with Watley on her solo debut album, co-writing hits like Looking For A New Love, Still A Thrill, Some Kind of Lover and subsequent hits Real Love, Friends, I Want You on their work together over 4 albums.

The former couple were also married, divorcing in 1994 and have one son together, Arie. Andre Cymone has since remarried. Their son Arie was in attendance along with daughter Lauren along with Andre’s wife Katherine to join in the festive occasion.

Watley is a trendsetting pioneer in music, video, fashion and style, one of the architects of 21st century pop.

You can follow the iconic singer on her social media @jodywatley