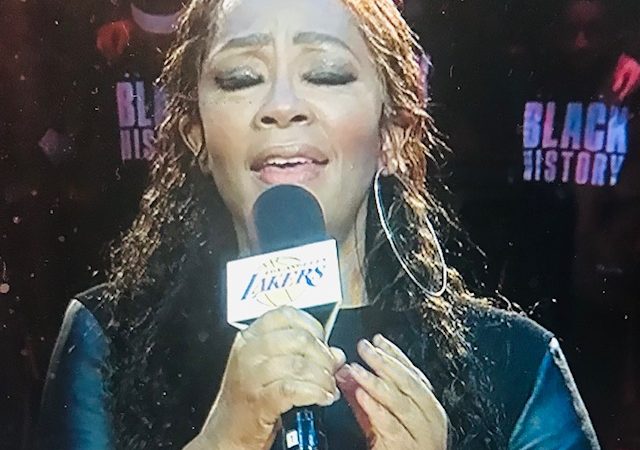 Jody Watley sings a powerful and emotional national anthem at Los Angeles Lakers game on Wednesday, February 16 at Cypto.com Arena.  She has never sounded better!  Kudos – to the always beautiful and ageless icon!  We love you!

Watley continues to surprise us with performances throughout the States.  The packed sold-out crowd gave her a ‘standing ovation’ where the Los Angeles Lakers played the Utah Jazz.  CLICK HERE TO WATCH

The celebrated trendsetting pioneer in music, video, fashion and style is one of the architects of 21st century pop, and one of music’s most versatile song stylists.