She Exist Magazine is confirmed to cover the 94th Oscars.

She Exist, CEO and founder Janelle Harris, the mastermind behind the most talked about entertainment and business publication said in a statement. “She Exist is excited to cover the 2022 Oscars.” “The Academy Awards Oscars is bringing out all the ‘bells and whistles’ and it’s going to be an incredible and historic night.” “We are going to deliver to our readers great interviews, photos, and coverage,” adds Harris.

“Movies inspire us, entertain us and unite us across the globe,” said Packer. “That’s the precise goal of the show this year, and we’re thrilled to welcome the first of a stellar lineup joining the Oscars stage to help us celebrate the power of film and honor the year’s best in filmmaking.”

The producers will continue to announce talent joining the show in the coming weeks. 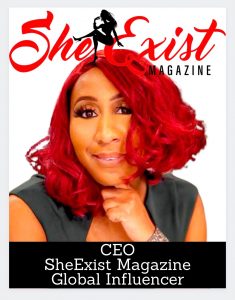 ABOUT SHE EXIST/ HE EXIST MAGAZINE

She Exist and He Exist Magazines; the two online digital publications geared for the business-minded individual. The She Exist/He Exist model is an integrated print, event, and online business that provides comprehensive articles, stories, entertainment and business roundtable virtual events focusing on all things entertainment and business for both women and men. To connect with She Exist, contact Janelle Harris @ janelle@sheexist.org

The Academy of Motion Picture Arts and Sciences is a global community of more than 10,000 of the most accomplished artists, filmmakers and executives working in film. In addition to celebrating and recognizing excellence in filmmaking through the Oscars, the Academy supports a wide range of initiatives to promote the art and science of the movies, including public programming, educational outreach and the Academy Museum of Motion Pictures.