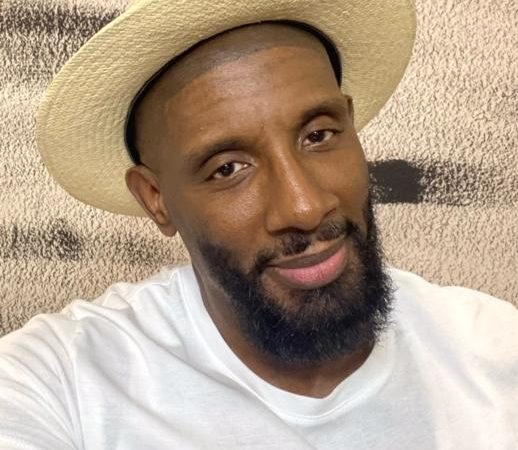 Never one to hide behind smoke and mirrors, VaLentine delivers a strong self-titled EP with the first single “Popular,” an infectious dance groove sure to keep you moving with its catchy beat. Another dance track on the ambitious album, Clap/Stop will definitely be a favorite to download in your playlist.

He explores matters of the heart with “Love Song,” a beautiful ballad and true love song, along with the gorgeous melody and sensual slow jam, “Adore You.”

When asked about his goal for the music EP journey, VaLentine said,

“Merging eclectic sounds and images to create an international soundtrack for positive change was the focus.” He masterfully achieves this goal!

Beginning his career in entertainment as a singer-songwriter, VaLentine has worked with various songwriters and music producers including Grammy-winning songwriters such as Gordon Chambers to chart topping music producer, “Fuego.”

Moving from Brooklyn, New York where he was born and raised to Los Angeles, California, the affable and talented artist joined “Sly Jordan” (Aftermath Recording Label) alongside a plethora of other talented songwriter producers that led to wonderful and life-changing opportunities.

Having acquired a Master’s in Business Administration with a concentration in Management and a Bachelor of Science in Business Management, the entrepreneurial and music side of VaLentine decided to strike out on his own.

Upon founding the production company, VaLentine Entertainment Inc, he began to make his own mark. After which, he was recruited as a producer and music supervisor for the National Council of Negro Women’s Annual “Red Ribbon Affair,” a non- profit fundraiser for HIV & AIDS Education and Healthcare. He acquired song placements with MTV which appeared on network television shows. The talented artist-songwriter also began working with prominent filmmakers in Los Angeles, California, scoring for several film and television projects while spending a tremendous time on various sets and sitting in meetings. gaining knowledge and learning all he could about production.

Anyone who knows VaLentine can attest to his passion surrounding politics, equality, and a variety of social and economic injustices. Identifying as an African – American Gay Male himself, he was compelled to actively engage towards positive change through physical and mental fitness along with Crucial Conversations resulting in courageous calls to action for positive change

Click here for All Things VaLentine and check out his self-titled album, now available on all digital streaming platforms.

You can connect with VaLentine @vsentv