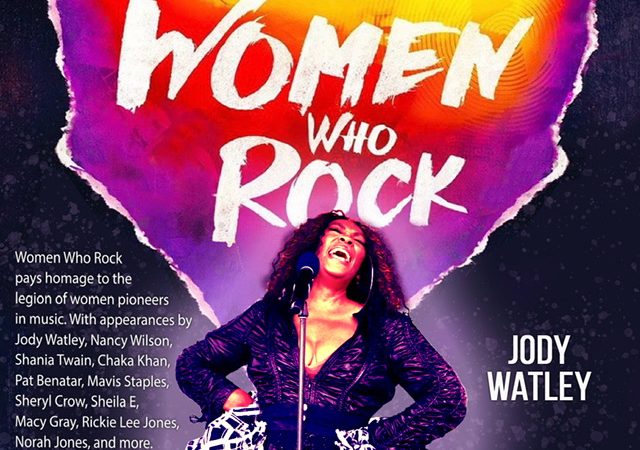 Jody Watley is featured in EPIX’s ‘Women Who Rock’ Music docuseries! The legendary singer, songwriter, producer, and businesswoman is one of the architects of 21st century pop.

‘Women Who Rock’, from John Varvatos and Derik Murray’s Network Entertainment, pays homage to Jody Watley and other trailblazing women pioneers in music who have stormed the stage, wielded their instruments, amplified their voices, and sung the soundtrack of our lives. In their own words, generations of iconic women artists discuss truth, defiance, artistic expression, hard-won success, and most importantly, the insights and tales behind their timeless music.

Jody Watley is a Grammy-winning trendsetting pioneer in music, video, fashion and style is celebrated around the world.

In a statement released by Ms. Watley, she said, “I am honored to be recognized as a trailblazer in music, alongside such incredible women.”

Watley continues to be a solid and stellar fixture in entertainment. Her signature vocals and memorable favorites are the soundtrack of our lives and can be heard all over the world.

From her groundbreaking marriage of rap & R&B (1989’s “Friends,” a collaboration with hip-hop legends Eric B. & Rakim pairing that is the first to crossover R&B/Hip-Hop, Pop and Dance into the Billboard Top 10 “Friends,” to her vision-forward marriage of high fashion, street fashion and music in the ‘80s (long before it became the norm), to her fusion of jazz and underground club culture with keen pop instincts, and the ease with which she crossed and still crosses genre, Ms. Watley forged the template that is now everybody’s playbook.

As a solo artist, the pop and R&B singer has 6 Billboard Hot 100 Top Ten Singles, 13 Number 1 Dance Singles, 2 R&B Number 1’s, 15 Top 40 Singles, Gold and Platinum albums, 2007 Billboard Dance Lifetime Achievement, 2017 recipient of the Black Music Honors Crossover Music Icon Award and nominations from the American Music Awards, MTV Awards, NAACP Awards and Soul Train Awards. In 2018, Billboard Magazine included Jody Watley in the Top 60 Hot 100 Female Artists of All Time and Top 25 Top Female Dance Artists of All Time. Her timeless series of hit songs such as “Looking for a New Love,” “Real Love,” “Still A Thrill,” “Some Kind of Love,” “Everything,” and “Friends ft. Eric B & Rakim,” are favorite classics still today played on the airwaves. Ms. Watley was also named as First Ambassador in 2021 to the National Museum of African American Music in Nashville and in 2022, she received her first Honorary Doctorate Degree in Business.

You can follow Jody Watley on her social media @jodywatley