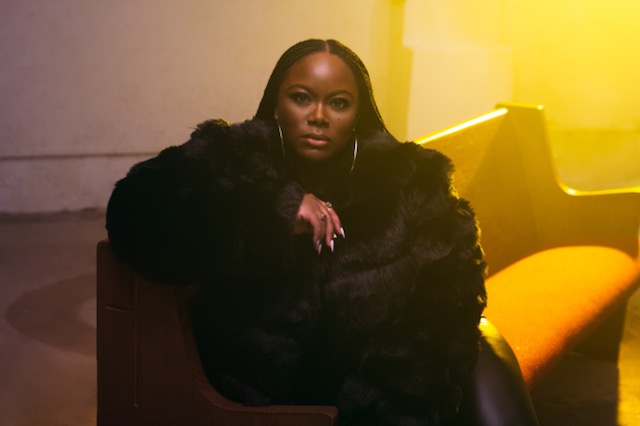 The wait is over!

Returning from the success of Made A Way Remix from Bella Dawn Music’s Billboard award-winning gospel artist and songwriter, Keyondra Lockett releases her much-anticipated new single, Liar, now available across all digital outlets.

When asked to share about the back story of Liar, Keyondra says, the devil is tricky and schematic. You’ve got to have the Holy Ghost to carry you in all situations.” “When Peter tried to stop Christ from going to the cross, he told Peter, “Satan get thee behind me,” (Matthew 16:23), she adds. “He knew that was the devil talking through Peter and that’s exactly what we’ve got to do when we’re tested by the devil.”

The multiple chart-topping independent recording artist is a native of Shreveport, Louisiana and one of the great voices of our time.

Keyondra is a soulful inspirational artist with a fervor for Kingdom building. She is one of the original members of gospel group Zie’l and shares the accomplishment of two-time Stellar Award Nominee.

She has shared the stage with artists such as Yolanda Adams, Karen Clark-Sheard, Kierra Sheard, The Clark Sisters, Livre, Tye Tribbett, Kirk Franklin, Mary Mary, The Walls Group, Alexis Spight and many more.

As an entrepreneur, in January 2018, Keyondra launched an athleisure wear line of clothing, “Jolie Noire” (www.JoliexNoire.com), along with her sister, celebrity stylist, Kimberly Lockett. In October 2016, she inked a toy doll deal with The Kenya Doll Brand (Kenya & Friends) – making Lockett the first Gospel artist to ever link a doll deal with an ethnic brand. As a writer, Lockett wrote “State of Emergency” for Ziel’s album, “Pronounced Zy-El.”

Lockett’s first single, “Try” reached Billboard Top 15 and continues to impact radio audiences. “Try” video was featured on BET Her and is currently in the line up on BET Gospel. Her album, “The Heal” (9/21/18) first week sales yielded Lockett positive results on Billboard Current Gospel Albums Chart at #9. Billboard Top 50 Christian and Gospel at #42 and Billboard Top New Artist (All Genres) at #109.

Keyondra released a deluxe version of The Heal. “The Heal Reloaded” (9/27/19) landed at #11 on Billboard Top Gospel Albums Chart and single “Trouble Won’t Last” received over 25,000 streams on Spotify in the album’s first week sales.

Additionally, Lockett landed on Billboard’s Year End, Top Gospel Chart 2020 at #40 for her single,” Trouble Won’t Last.” Lockett’s single, “Trouble Won’t Last,” also reached #1 on Billboard Gospel Charts – November 2020, making it the first #1 song of her career. October 8, 2021, Keyondra’s song, Made A Way Remix featuring Q Parker released, “The Heal,” “The Heal Reloaded” and all of Keyondra’s music can be found on all streaming and digital download outlets now.

Returning from the success of her 2021 single, Made A Way Remix, the BMI Award winning songwriter released her new single to radio – Liar,  Friday, July 22, 2022. Liar is the first single to her upcoming new album set to release in September, 2022.