Jody Watley puts a joyful spin on classic Christmas tune!
The Grammy winning music global superstar is spreading some festive cheer with upcoming release of the jazzy rendition of quintessential holiday song “Christmas Time Is Here” from her favorite, Vince Guaraldi’s “A Charlie Brown Christmas,” now available on all digital streaming platforms.
“This is an ambient and chill rendition perfect for warm cocoa, a laid-back atmosphere and a fireplace real or virtual” says Watley of the release due on her longtime independent imprint Avitone Recordings. “I hope this is a rendition people will enjoy for decades to come. With so much chaos in the world, hopefully my rendition of ‘Christmas Time Is Here’ will sooth some souls.”
A brilliant songwriter, artist, entrepreneur, producer, and visionary. The beautiful icon in music, video, fashion and style, often referred to by her fans as “The Queen of Cool,” is as prolific as anyone who’s ever set foot in a recording studio, and as proficient as anyone who’s ever decided to be a song lyricist. She is not only a great singer—she is a great songwriter, and great performer.
As one of the architects of 21st century pop and contemporary street style mixed with high fashion, her 1989 hit “Friends,” featuring hip hop/rap legends Eric B & Rakim, is the first pairing of pop/R&B/rap/dance to crossover into the Billboard Top 10 on multiple charts.
Watley’s vision — the trendsetting, forward thinking marriage of high fashion and street fashion with music in the 80s — long before it became the norm — along with her fusion of jazz and underground club culture — demonstrates her keen pop instincts and an ease with which she crossed, and still crosses, genres. Jody Watley forged the template that is now in everybody’s playbook.
Visit Jody Watley YouTube Channel to experience All Things Jody Watley, including concert features, interviews of the Grammy Award-winning artist and more.
Enter into the creative realm of her electrifying performances and leave entertained and inspired on the Official Jody Watley Website with just a click here.
You can follow Jody Watley on her social media @jodywatley 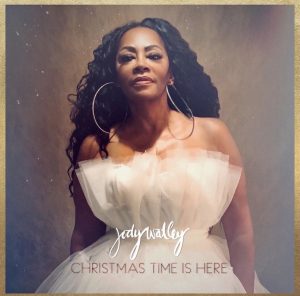